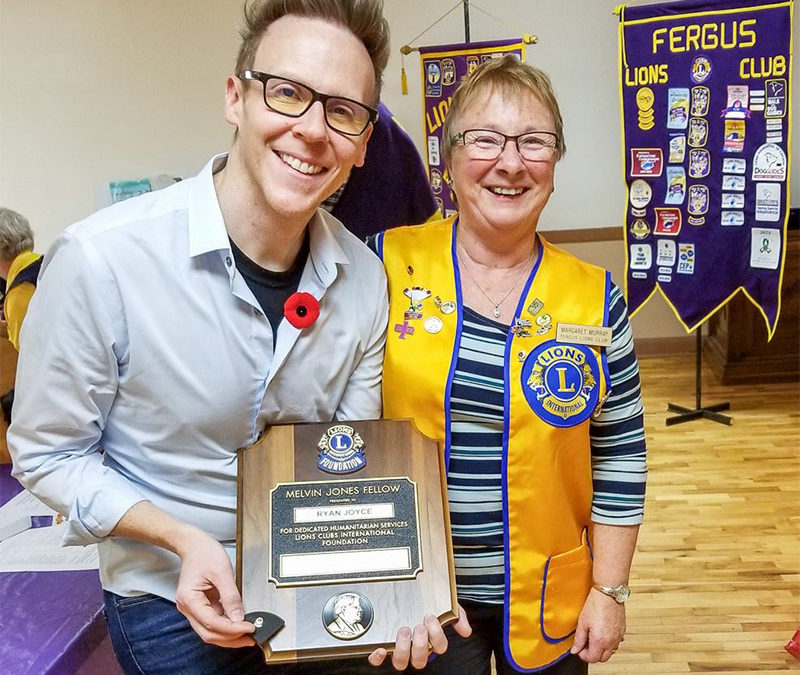 Ryan Joyce the world renown Magician who grew up in Fergus and attended CWDS before pursuing his career as a Magician. Ryan arranged shows at the Fergus Theater along with FLC members who sold tickets, provided Ushers and many other functions with The FLC receiving the profits from the Show to be used in Fergus and surrounding area. Ryan was invited to a Lions Dinner meeting and presented a Melvin Jones Fellowship which is the highest award a club can offer for anyone assisting Lions to carry out their goals in the Community.